The Highlight of My Career: An Interview With Outgoing ABCD Chairperson Rick Block

Home » The Highlight of My Career: An Interview With Outgoing ABCD Chairperson Rick Block 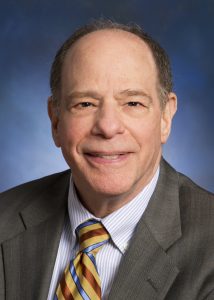 The Actuarial Board for Counseling and Discipline’s (ABCD) outgoing chairperson, Rick Block, sat down with Academy General Counsel and Director of Professionalism Paul Kollmer-Dorsey to discuss his experience on the ABCD.

Tell us about your views on the role the ABCD plays in the self-regulation of the profession, and how important is it?

It’s extraordinarily important. The standards, the Code of Professional Conduct [the Code], and the qualification standards don’t have any meaning unless there is a process to ensure that actuaries abide by them. If we don’t have that process, and if we don’t have the confidence of regulators and legislators, we will be regulated by law.

This has already happened. In 2006, Congress passed the Pension Protection Act of 2006 (PPA), which was precipitated by a number of large retirement plans that had failed. Actuaries lost the ability to choose a funding method that might be appropriate for a client and the ability to determine what discount rates would be appropriate.

How much of the ABCD’s time is spent dealing with com-plaints versus dealing with requests for guidance (RFGs)?

With the case work, it’s not unusual to have hundreds of pages to go through in an investigation. I think the record was some-where around 20,000 pages a number of years ago! Before each quarterly meeting, we will have easily a couple of thou-sand pages to run through in preparation. So we spend more time on case work. [See ABCD’s guidance link.]

We respond to more than 100 RFGs a year. For the RFGs, the conversation is actuary-to-actuary. The ABCD does not give any official response. It’s what an ABCD member feels is the best approach for a particular question.

A lot of times we get questions asking about moving into a slightly different practice area. Typically the requester says, “Well, I’ve been doing this for a while, and now I want to become the responsible actuary.” That’s where you get into “the-look-in-the-mirror” test—what does the actuary truly believe of himself or herself? Is that person responsible and knowledgeable in that practice area?

If an actuary submits an RFG, how long will it take for someone at the ABCD to get back to him or her?

A couple of days at most. We’re here as a sounding board. We ask, did you think about this? Or have you thought about some other things? We get into areas that may not even be actuarial. In one case, I’ve said that if you do this you may get into trouble with your client, and I explained why, and the actuary was like, “Yeah, I didn’t think of that.”

How can an actuary requesting guidance get the most out of the process?

We expect the actuary to have done a little bit of homework, whether it’s looking at the Code, or some ASOPs [actuarial standards of practice], or the qualification standards. Most of the RFGs confirm the actuary was on the right road, and it was a way to say, “Yes, you’re right. You’ve thought this through, and if I were in your shoes I probably would come to the same conclusion.” There have been very few RFGs that were not resolved this way.

Have you seen cases where the inquiring actuary is off base in the way they’re approaching their issue?

Not really. My first RFG was a pension actuary who believed that the requirements of the PPA weren’t appropriate on the retirement plan. My response was, “Whether you feel that is the case or not, you’re still obligated to follow the law.” The actuary was hoping that I would say, “Well, if you find a case where this doesn’t work, you don’t have to follow the law.” And no, I would not say that, and we had two or three separate conversations in which he kept coming back to that. But I would say most of the actuaries are satisfied with the ABCD member’s response.

They can send an email to info@ABCDboard.org, or call 202-872-1948, both of which are on the ABCD’s website. In both cases they’ll be in communication with the ABCD’s staff attorney, Brian Jackson. Brian’s role at this point is to try to elicit enough information so that we can decide how to proceed. The more information they can include in their initial communications with ABCD staff, the better. The actuary should be clear and objective, and not inject any kind of emotional con-tent into the complaint.

How should an actuary think about Precept 13 if they suspect that there’s been some violation?

Precept 13 is important in a self-regulated profession. The ABCD has nine actuaries, and we clearly can’t review actuarial reports from all disciplines across the country to see if there’s any problem. It’s up to the actuaries to say something if they see something. Precept 13 is a way of saying to the profession that if you see something that might be a violation of the Code of Conduct, your first obligation is to try to resolve the issue. If the issue cannot be resolved, a complaint to the ABCD is in order.

How do you decide which complaints to investigate and which to dismiss?

After the complaint is completed, it is forwarded to the subject actuary for response. When we receive the response, the chair, the two vice chairs, and the ABCD staff attorney look at the initial complaint and the response and decide whether to get more information, dismiss the complaint, or appoint an investigator.

What advice would you give to an actuary who is the subject of a complaint?

No one likes being told that they might have violated the Code. Sometimes emotions come to the fore, but the actuary has to put them in a box. In my opinion, the actuary should never, ever contact the complainant. That typically doesn’t help at all. The actuary must comply with any requests from the ABCD, including requests from the investigator appointed by the ABCD. That is Precept 14.

It’s rare, but there are times when the actuary doesn’t cooperate, so in addition to other alleged Code violations, we have to say, “Well, we got no cooperation, so we’re adding Precept 14 to the mix.”

What are some of the factors the ABCD might consider when determining whether to administer counseling or recommend discipline?

We have a discussion, and some of the things that we try to get to are: How long has this actuary been in the profession? Has he or she had any complaints? Are they a competent per-son? What were the consequences of the work? If we discover that there was a material violation of the Code, was someone harmed? Was there economic damage? Did the actuary deliberately ignore facts or distort facts?

The Academy thanks you for the service you’ve provided to the profession and the ABCD. Are there any other thoughts you’d like to share?

There are two things that I’m particularly proud of. First, we re-wrote the instructions to investigators to make it clear what we expect from the investigators’ report. And second, a few years ago, we resolved a case against an actuary and the actuary then decided to write an article for Contingencies in praise of the process resolving the complaint against her.

My tenure on the board has been challenging and very, very rewarding. At times it was a lot of hard work, and at times there were difficult decisions and I labored about whether the recommendations we make would affect the actuary’s livelihood. Overall, I’m glad that I’ve spent these six years with the ABCD, and it will be the highlight of my career.

The Actuarial Standards Board (ASB) sets standards for appropriate actuarial practice in the United States through the development and promulgation of Actuarial Standards of Practice (ASOPs). These ASOPs describe the procedures an actuary should follow when performing actuarial services and identify what the actuary should disclose when communicating the results of those services.

For instructions on adding an icon to your handheld device that directly links to the ASB’s mobile responsive website, click here.